Coinciding with her fiftieth birthday, Columbia University based Alice Howland, one of the preeminent academics in the field of linguistics, uncharacteristically begins to have the occasional lapse in memory, it arguably not recognizing any of her surroundings while out for a regular run around campus that makes her worry about the diagnosis from the neurologist, who she has not yet told anyone she is seeing. With her fellow Columbia University academic husband John Howland ultimately by her side, she does receive the diagnosis that she is suffering from early onset Alzheimer's, a rare form genetically transmitted, which will have obvious consequences for their three offspring, especially now for eldest daughter Anna Howland-Jones, she and her husband Charlie Howland-Jones who are trying to have a child. Dealing with the effects of the disease will affect all the Howlands, but beyond Alice herself, it is John on who the greatest effect will be felt as Alice's primary caregiver and as he and Alice have to make decisions affecting their lives, both personally and professionally. Although the furthest away geographically, their youngest daughter, Lydia Howland, who is trying to make it as an actor in Los Angeles, may be most affected by Alice's actions, as Lydia has always resisted Alice's pressures to go to college, if even in drama, as a fallback to the acting. As Alice herself begins to see and understand how the disease is affecting her day-to-day life, she, without divulging her plans, takes steps early in the diagnosis to ensure that she deals with the effects of the disease on her own terms. 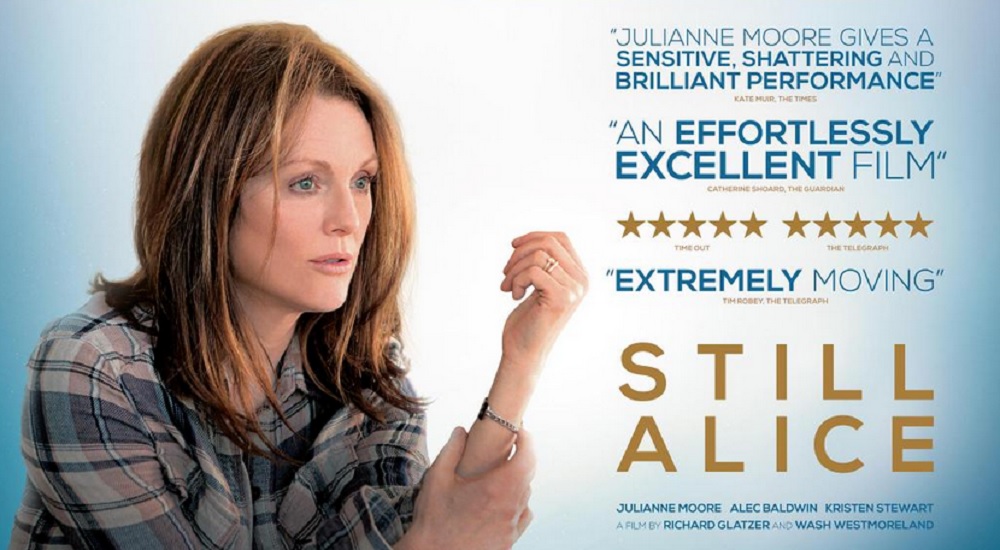