Have you seen this movie; Write a review
A young nine year old girl, Chiyo, lives in a rather poor fishing village, Yoroido, on Japan's coast. Along with her older sister, Satsu, she is sent to the geisha (Japanese for artisan) district called Gion. Split from the only family she has left Chiyo is sent to the Nitta Okiya while her sister is transported else where and becomes less of a role. And Okiya is a house (sort of a compound) where a geisha lives and is taken care of. Here at the Nitta Okiya Chiyo meets another girl about her age nicknamed Pumpkin. Together Pumpkin and Chiyo struggle through the daily life of being treated as nothing more than slaves to the resident geisha, Hatsumomo. Hatsumomo, the story's resident villain, tries her hardest to make Chiyo's life as miserable as possible. On one particular occasion Chiyo feeling so depressed collapses on a bridge in tears over her life's woes. Much to her surprise a high society passer by stops to question why she is so sad. Here little Chiyo meets The Chairman for the first time. He shows her kindness in a world which has been naught but cruel to her and from that point on Chiyo makes it her goal to break free from the social class she was born into and become a geisha worthy of The Chairman. After much work and hardship Chiyo is allowed to attend school where young girls are taught all the important practices associated with the life of a geisha. She learns tea ceremony, how to play the shamisen (like a little banjo or acoustic guitar), as well as quite possibly the most important act, how to dance. The word geisha in Japanese is derived from a term referring to art so a geisha is like an artisan, or an artist. After some more altercations with Hatsumomo, Chiyo is taken under the wing of one of Gion's most popular geisha, Mameha. Mameha also happens to be Hatsumomo's arch-rival as a geisha. Mameha takes a long time to introduce Chiyo as her apprentice however once she does she is already blessed with fame for being associated with someone of Mameha's class. Here is the part of the story where Chiyo's name changes to Sayuri (her geisha name). Mameha introduces Sayuri is many numerous figures in Gion life and it come to a point where men are fighting for the highest bid on Sayuri's mizuage. All this time Sayuri is struggling with the common life lessons learned when one is growing up into a young woman. It is very much a coming of age story. Through all trials of adversity Sayuri faces her one goal is always to see The Chairman again. Finally the day comes when she is invited, along with Mameha, to a party at a teahouse at which The Chairman is attending. For the next couple of weeks she attends multiple parties which the chairman attend all the while seemingly coming closer to achieving her goal. Tension has been growing concerning World War II and the society in Gion is beginning to feel the effects of war. Rations are set up and many part of the giesha district have begun to close. Geisha are fleeing to other parts of the country hoping to avoid getting caught in an attack. Sayuri and all of her friends are split apart until after the war and once everyone returns to Gion it is realized the effects of the atomic bombs on Hiroshima and Nagasaki. All geisha who fled to these cities obviously died and it is a loss greatly felt by the community. Sayuri desperately attempts to attain the love of the Chairman and the climax of the story is whether or not she does meet her goal.
Romance, Drama
United States
145'
English
Permalink
5795
50
8
7.3 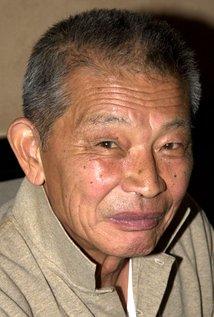