Films to Keep You Awake: The Christmas Tale (2005)

Have you seen this movie; Write a review
In 1985, in a coastal town, the friends Koldo, Peti, Tito, Eugenio and Moni stumble with a woman dressed like Santa Claus trapped in a hole in the woods. While to boys go to the police station to ask for help, the others find a rope to take the woman out of the hole. However, the boys find in the police station that the woman is the dangerous thief Rebeca Expósito, who has just stolen two million pesetas from a bank and is wanted. The group decides to leave the woman in the hole without any food to force her to give the robbed money to them. Meanwhile, Peti and Eugenio that are fans of the movie "Zombie Invasion", decide to make a voodoo ceremony with Rebecca to transform her into a zombie. When Rebecca escapes from her imprisonment, she uses an axe to chase the evil boys.
Thriller, Horror
Spain
71'
Spanish
Permalink
759
39
9
6.2 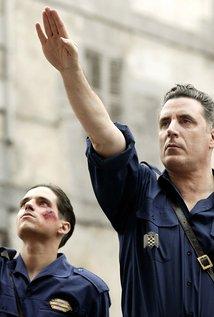 Films to Keep You Awake: The Christmas Tale (2005)