Howard Langston is a mattress salesman with a bad habit of putting his work ahead of his family. His son Jamie, who wishes Dad would pay more attention to him, wants only one thing for Christmas -- a Turbo Man action figure, with all the accessories. Howard promises both Jamie and his wife Liz that there will indeed be a Turbo Man under the tree for Jamie on Christmas morning, but come December 24, Howard realizes that he hasn't actually bought the toy yet. Seemingly it would be no great problem to head on down to the toy store and pick one up, but it just so happens that Turbo Man has been the hottest ticket of the holiday season, and literally thousands of parents are scrambling for the last few action figures. Howard then spends a hilariously hellish Christmas Eve madly scrambling from store to store in desperate search of a Turbo Man; in the course of his adventures, Howard keeps crossing paths Myron Larabee, a postal worker who wants a Turbo Man even more desperately than Howard.
Κατεβάστε τώρα την εφαρμογή του DVD Trailers για Android στο 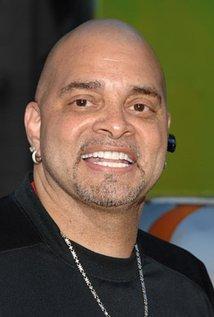