Isn't this the movie you are looking for? Also check: Xalvai 5-0 (2019) Defunct (2019) The Maze Runner (2014)
Have you seen this movie; Write a review
In November 1958, prim and proper Katey Miller, a high school senior, learns that she and her parents, Bert and Jeannie Miller, and her younger sister Susie Miller are moving immediately to Havana where Bert, a Ford executive, has been transferred. This move does not sit well with Katey, who wanted to finish her high schooling in her existing school, where she is a star student (mostly in literature), before she plans to head to Radcliffe following graduation. According to Susie, Katey does not know how to have fun, and the other kids in her Havana social circle, offspring of Ford executives who all live at the posh Hotel Oceana, indeed have a different mentality than her. But that doesn't stop James Phelps, the son of Bert's boss, from being attracted to Katey. It isn't until she sees some impromptu street dancing by the locals and the emotional rawness of it that Katey begins to enjoy her life in Havana, especially with Javier Súarez, one of those dancers and a waiter at the hotel. Javier becomes her unofficial guide to Havana life, unofficial in that a relationship would be forbidden between them due to their social class differences. Intrigued with the dancing, Katey suggests that she and Javier enter a local Cuban dance contest at the upscale Palace Hotel. Having learned formal ballroom dancing from her parents, who are former competitive dancers, Katey believes that a mixture of her formal ballroom dancing and Javier's street based dancing is a winning combination. It isn't until Katey has a chat with the dance instructor at the hotel that she begins to learn really how to mesh the two together. But Katey and Javier have other obstacles to overcome, including what would happen if Bert and Jeannie found out about their relationship and the scandal that that would cause and the resulting affect on Bert's job. Their stay in Havana is set against the backdrop of the Castro led revolution against the ruling Batista government, whose regime solely supported the wealthy. Javier's father was killed by the Batista government, and as such, Javier's older brother Carlos Súarez works within the revolutionary forces, while Javier wants only what is best for his family.
Romance, Drama
United States
86'
English
Permalink
2473
30
14
6.0 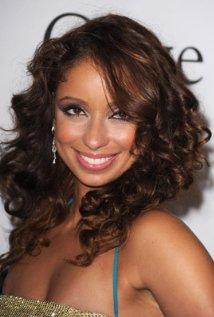