In Los Angeles, Franklin Foster--FDR to his friends--and Tuck Hansen are best friends and partners as undercover CIA agents, recently reassigned to desk jobs after a covert operation gone wrong, which resulted in the death of criminal Jonas Heinrich; his brother Karl, who escaped, vowed revenge on them. Their loved ones don't know what the undercover pair do; they believe that FDR is a cruise-ship captain and Tuck is a travel agent. FDR is a party boy and serial womanizer; Tuck is recently divorced and still yearning for the traditional family life. Through different channels both meet Lauren, relatively new to L.A., reentering the dating scene after her last relationship soured. FDR and Tuck eventually learn that both are dating Lauren, whom each believes is the true love of his life. As neither will give her up, they set some ground rules: neither will tell her they know each other or that she's dating "someone else"; neither will sleep with her; and they won't let her get in the way of their friendship or partnership. But as their feelings for her grow, they disregard the rules, even at the expense of their friendship. 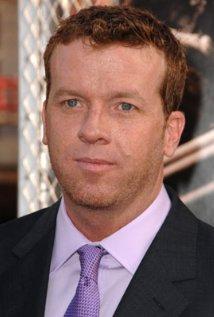