Have you seen this movie; Write a review
In Jump City, the Teen Titans arrive to stop the Balloon Man. When he cannot figure out who they are, the Teen Titans jump into a rap song to introduce themselves and become distracted, forcing the Justice League to intervene. They criticize the Titans for being childish, not taking anything seriously, and bring up the fact that they do not have a movie of their own to prove their legitimacy. While at the premiere of Batman Again after Raven sent the Challengers of the Unknown to another dimension, Robin humiliates himself, after assuming that there will be a movie about him, and is laughed out by the audience. At the rest of the team's suggestion, Robin resolves that in order to get a movie made about him and the Titans, they need an arch-nemesis..
Animation, Kids
USA
84'
English
Permalink
960
10
4
6.8 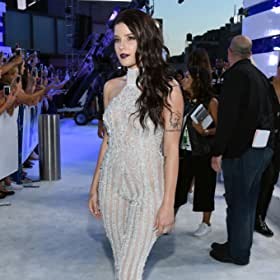