Have you seen this movie; Write a review
Captain Richard Phillips (Hanks) and his crew are carrying freight around the Horn of Africa when four Somali pirates forcefully take over their ship, the MV Maersk Alabama. While Phillips' team follow his orders to hide until they hear him give the safe word, the captain and a few essential crew members remain on the bridge as the heavily armed pirates make their way up to seize control of the ship. But the interlopers soon discover something that sends them into a furious rage: After effectively shutting down the ship, Phillips explains that the Maersk had malfunctioned when the crew pushed it too hard in an attempt to evade the attackers. In order to appease their leader, the ruthless Muse (Barkhad Abdi), Phillips offers them the $30,000 that's been locked in the ship safe. But that isn't enough, and Muse demands that Phillips help him search every corner of the ship to root out the terrified crew. When that plan fails, the pirates agree to take the cash from the safe and flee in the Maersk's lifeboat. At the last minute, however, they kidnap Phillips in the hope of supplementing their take with a sizable ransom -- a decision that leads to a tense standoff with the U.S. Navy, who would sooner see the lifeboat sunk with Phillips inside than allow it to reach Somalia..
Biography, Drama, Action, Thriller
United States
134'
English
Permalink
2
8285
65
11
7.8 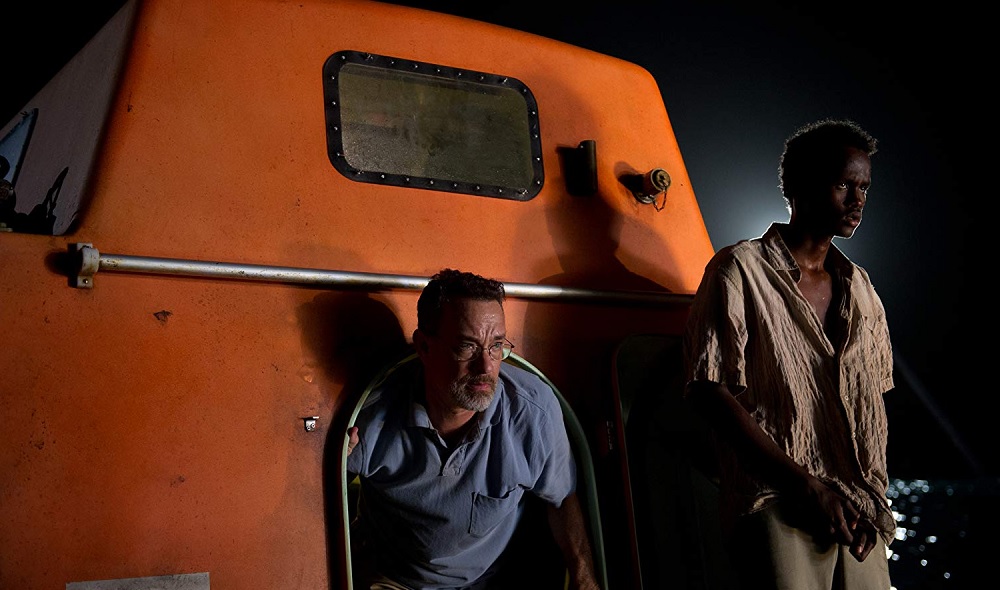