Beginning with a stirring African folk song (Zélié performed by Angélique Kidjo) the roots are established and rapidly swell into a trunk thickened by the hardships of the Great Depression (Gamblin' Man performed by David 'Honeyboy' Edwards) and the oppression of segregation (Jim Crow Blues performed by Odetta). Finally, this Blues family tree shows off vibrant new growth as it reveals the Blues' influence on our modern wealth of talented musicians (Midnight Special performed by John Fogerty and Hound Dog done by Macy Gray). Ruth Brown gives Blll Cosby a full-throttle serenade (and a playful smoldering gaze), along with Mavis Staples and Natalie Cole. Angélique Kidjo persuades Buddy Guy to an unforgettable rendition of 'Voodoo Child,' shortly before Bonnie Raitt and Robert Cray accompany B.B. King and Lucille for the final number, 'Paying the Cost to be the Boss.' This documentary presents to the audience, with authority and candor, an authentic history of this musical form. The highly esteemed elders of this musical family are exemplary in their humbleness toward one another, rich with decades of shared memories; and their performances are of a quality rarely seen in modern times. These men and women are true artisans, yet they continue to generously pass their legacy down to select members of each musical generation. Those who grew up on this music find themselves performing on the stage with the very heroes who served as their earliest inspiration. Legends, such as Ruth Brown, Honeyboy Edwards, Clarence 'Gatemouth' Brown, B.B. King, Howling Wolf, and Buddy Guy, gave the world a double helping of their genius-first with song and secondly as the spirit which supplies the continuation of their art: in such artists as Natalie Cole, Jimmie Vaughan, John Fogerty, Macy Gray, Alison Krause, and Bonnie Raitt. 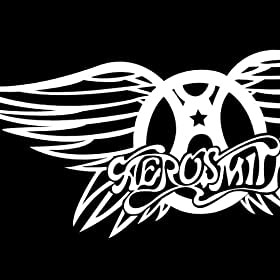