Family members of married Beverly and Violet Weston - the former an academic and successful published poet - convene at the family home in rural Osage County, Oklahoma during an August heatwave first on the news that Beverly has disappeared, this not the first such time he has voluntarily wandered off but which Violet believes is for good this time in the growing rift between the two, and then second upon Beverly's body being found in a suicidal drowning. Beverly's intentions may have been telegraphed by he having just hired compassionate Johnna Monevata, a young Cheyenne woman, as a cook and live-in caregiver much to Violet's displeasure. The rift between husband and wife was only exacerbated by issues surrounding Violet's mouth cancer, their relationship only one of the many dysfunctions between family members. That family includes Violet's sister Mattie Fae Aiken, and Beverly and Violet's three adult daughters Barbara, Ivy and Karen. Mattie Fae, her husband Charles, and their underachieving son "Little" Charles, live locally, and while Charles does whatever he can to support their son in his love for him, Mattie Fae does nothing but berate Little Charles and his underachievement. Violet and Mattie Fae were emotionally and physically abused by their mother and her various boyfriends when they were children, which is a large part of the dysfunction with their respective children. Colorado-based Barbara, the "responsible" daughter, has come with her academic husband Bill Fordham and their fourteen year old daughter Jean. Barbara has largely taken on the role of sole guardian to Jean as Bill has moved out in having an affair with a younger woman, something that Barbara has not told anyone else in her family. In the process, Jean resents her mother. Ivy, the "lost" daughter, is the only one of the three who has remained in Osage County to be there for her parents, and in the process has felt she has forgone her own life, she only having recently found love in nearing age fifty, she not having told anyone largely because of with who she has fallen in love. And Miami-based Karen, the somewhat unaware wild child, has come with her older fiancÃ©, flashy fourfold divorced Steve Huberbrecht. As the dysfunction comes to a head especially between Violet and the girls and as the girls have to decide what to do about Violet in this last part of her life, a larger question becomes whether any of the girls can break the cycle of dysfunction.
Κατεβάστε τώρα την εφαρμογή του DVD Trailers για Android στο 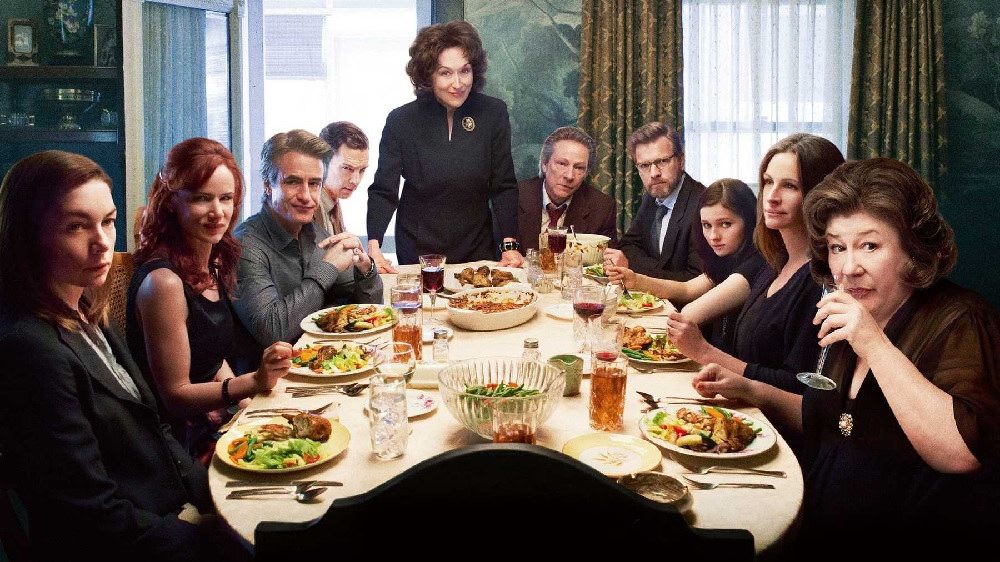