Those Magnificent Men in their Flying Machines (1965)

It's 1910, and flying has become all the rage - as it, as an activity, is still in its infancy. Despite not being a flying enthusiast, Lord Rawnsley (Robert Morley), owner of the Daily Post newspaper, organizes a London, England to Paris, France flying race in order to boost circulation and show Britain's superiority, as he expects his presumptive future son-in-law, Richard Mays (James Fox), will win the race. Richard had suggested the race with the hope of bringing together all of the best aviation minds to advance the issue of flying machine design. Richard's unofficial intended, Patricia Rawnsley (Sarah Miles), is secretly adventurous in nature and wants more than anything to be able to fly, and does whatever she can - against her father's wishes - to be one of those in the air. News of the race goes global, with entries from all over the world. As such, the race becomes a competition for national pride amongst the most adventurous, as flying more than five miles is still considered an accomplishment, let alone traversing the twenty-two mile distance across the English Channel between Dover, England and Calais, France. But it also becomes a competition for Patricia's affections, as one of the entrants is American cowboy Orvil Newton (Stuart Whitman), who is immediately attracted to Patricia - and who may be able to give her that flight that she so much wants, which Richard seems unwilling to do, so as not to get on the wrong side of his future father-in-law.
Κατεβάστε τώρα την εφαρμογή του DVD Trailers για Android στο 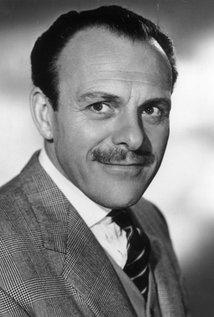 Those Magnificent Men in their Flying Machines (1965)